The Contour tab/subpanel is a special purpose tool dealing with some contour operations in Glyph Window (GW). Its actions are governed by the TypeRig panel masthead (MH). 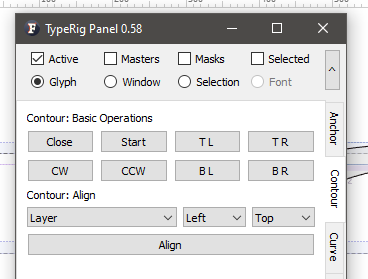 A typical view of Contour panel

In this section reside several buttons covering the following basic operations in accordance to layer options selected in MH: 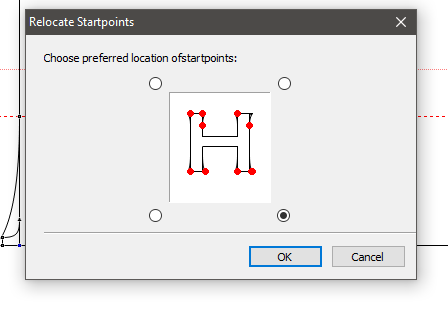 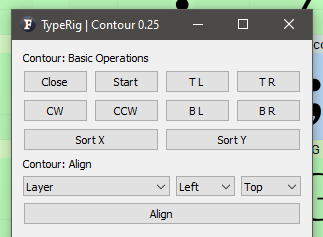 This section offers some contour to contour alignment options that work in accordance to layer options selected in MH. Except explicitly noted, contours that will be aligned should have at least one node selected (it is not necessary to select whole contours).

Currently the supported alignment modes are as follows: